Black people in Greater Boston have created a large number of social groups using Meetup platforms, Instagram or Facebook accounts, websites and Blogs on the Internet. You will find a Pan African range of people in these groups. There are 350,000 thousand Blacks in Greater Boston and its closely connected towns such as Cambridge, Quincy, Stoughton, Randolph and many others.


Black urban professionals, Boston Black college and university students, Civi rights era adult social groups, and the professional management and trade skill worker groups all represent a variety of group types Black people in Boston have assembled. Black college students at Boston area campuses have mentioned how isolated from the Black Community they feel. They say they feel disconnected. Yes, they can be because college campus life was the other universe before the Pandemic struck. Because of it, Boston has less people in the population. When colleges re-opened in Sepember, attendance was sparce. Students left their empty campuses to walk the Back Bay streets and eat out in groups at all the restauratants. A lot of bars have closed or remain shut because they don't serve food. There are perhaps triple the number of Black students attending a community college in the city than there are attending the university.

Black people who were tired of being the only Black in the room began networking with the Internet about 10 years ago and the result has been that the community built Meetups and Hangout groups for like-minded people who are Black liek us. We helped the Boston Black Student Network (colleges) connect with incoming freshmen. Local Black working professions, mothers, artists, activist and educators made space for themselves in the cloud to schedule events and things to do. The electronics keeps everyone connected and available to do take overs of establishments, party, socialize, learn professional tactics and skills, host celebrity experts, hang out as much as they want. One of them, The OYNX Birds Travel Group, has members attending local events and traveling all over the world. They announce cheap flights and itineraries. Boston has a wide variety of Black groups for any interests such as art and artists, writers, fashion designers, models, startups, founders, technology trends, investing, dancing, the academics and more. AboutBlackBoston.com is some we know on this page.

Black formed these groups because they got tired of being the only Black person in the room. The White population in Boston is ominipresent. And stay-at-home workstyle changes have pulled people together as well. In those ZOOM meetings one can see the diversity. People are making connections they never have made before. The Zooming brings out Black people who used to be behind the scenes of company and community activity functions.
Boston's Banner Years: 1965-2015: A Saga of Black Success (Paperback) on Amazon. Read it for an accurate, deep dive into Black Boston's contemporary history and culture.

Black Boston Media
Local network stations air African American issues on televisions. Popular public affairs Black TV s hows are CityLine, BASIC BLACK and URBAN UPDATE. Blacks in Boston have influence on city government because many councillors are Black women. The Black Church serves as an anchor for those who go to church and it is not getting any younger. You will find Blacks employed in all occupations. Massachusetts had a Black Governor a while back and many of the individuals he installed to run things are still in place today. Blacks find work everywhere. The Online Guides to Black Boston website we run is listing lucrative job openings and Black-owned businesses.

There was a stat published in an article we read that said Greater Boston's Blacks are generating billions of dollars in the 2 to 3 Billion dollar range for the areas GDP. Boston's pre-Covid-19 GDP was $485B. Boston Blacks own hugely successful construction companies. Young Blacks are building innovative Post-pandemic income streams with products or startups, while working full time jobs to cover the expenses of living in Boston. These millennials are the most mobile of the entire population. They change jobs often and gravitate to luxury apartment living. Most Black people living in Boston today were not born here in my opinion.

Blacks Influence Boston and Massachusetts State
Congresswoman Ayanna Pressley's election as the first African American woman elected to Congress from Massachusetts follows the election of Deval Patrick who became the first African American Governor of Massachusetts. Blacks in management level positions occupy fewer professional roles in the city than Whites have. They are often the Only One in the Room. Boston Blacks are 15% of the working managerial class, according to a Boston Globe newspaper Special Report on Racism in Boston and its impact on the upward mobility of Black people. The paper also found there were only four Black middle class residential neighborhoods when it found there are five hundred white middle class neighbohoods in Greater Boston.

Today, Boston is segregated. Black Bostonians take residence in any one of the eighteen city districts while most poor Blacks are likely to live the area named for BLACK BOSTON. Black Boston town has rich Black people and Poor Black people. The Black Boston name came about from the towns named Roxbury, Dorchester and Mattapan and Black Boston was considered zip codes 02119-02121. There is more low rent public subsidized housing there. Poor people are clustered in the city,. They live in Black Boston, Chelsea, Charleston, Brighton, Jamaica Plain and Mission Hill. These concentrated populations of unemployed and front-line workers were assembled this way because of failing Democratic and Republican government policy. Diversity has increased during the past 10 years. There was a time when you would not see many professional Black people walking around downtown. Today, you will. If you have ever had the feeling that you are the only Black in the room, then you can understand why many Black social groups listed below have formed.

Well Black Boston millennials are less isolated than ever. Still, Black people can find themselves being the only one in the room in a lot of situations. But the masses of Black urban professionals solved their isolation problem by forming Black-as-F@cK groups along special interests, soror and affinity lines. C-Suite urban professional group types include the Partnership, the GK25 list, and the GK100 list of the top 100 successful professionals of color. GK = Get Konnected, the brand PR specialist Collette Phillips gave birth to.

get visibility and expose what you do 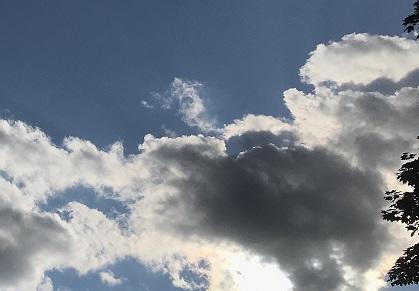 We will be here